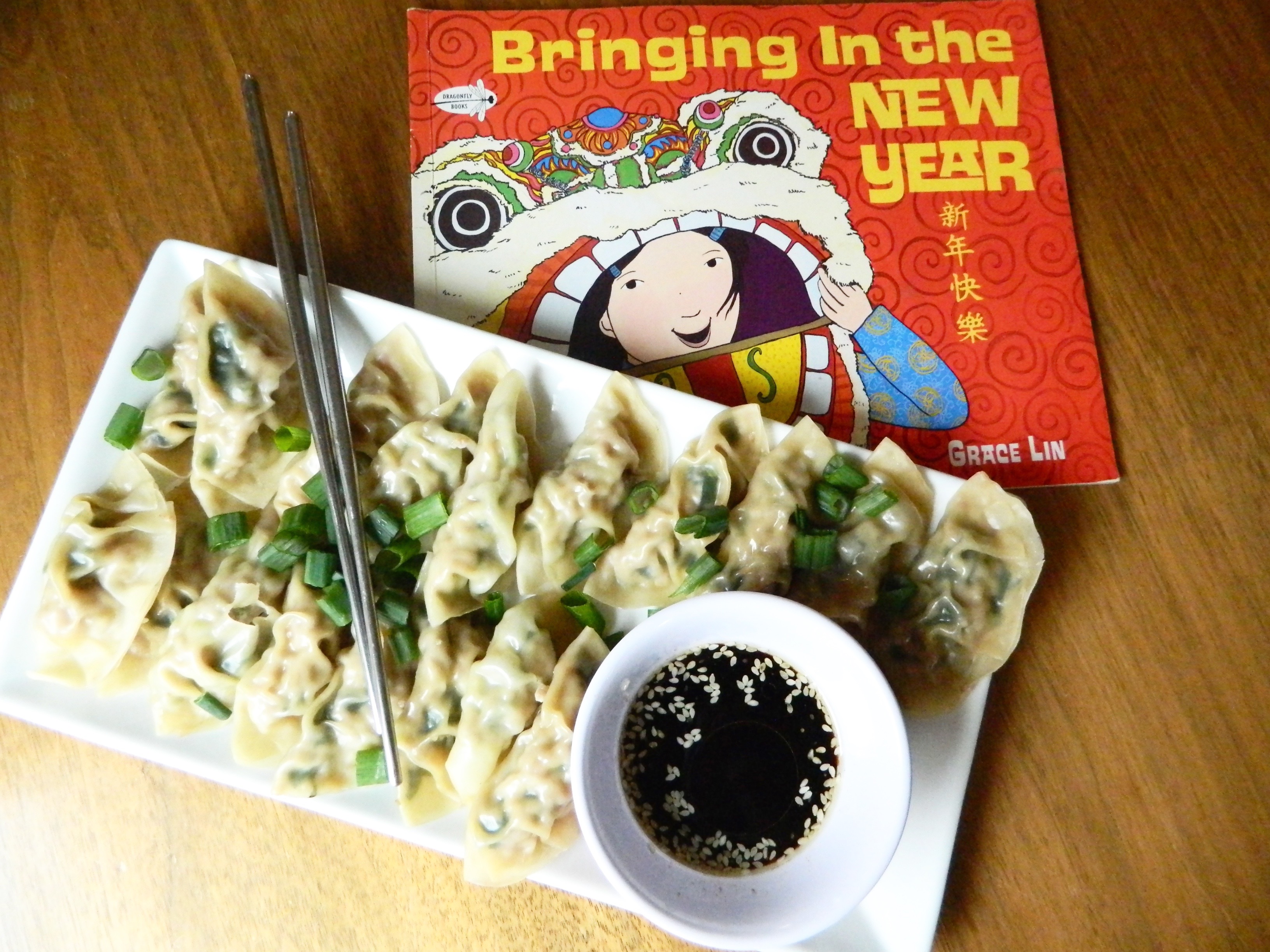 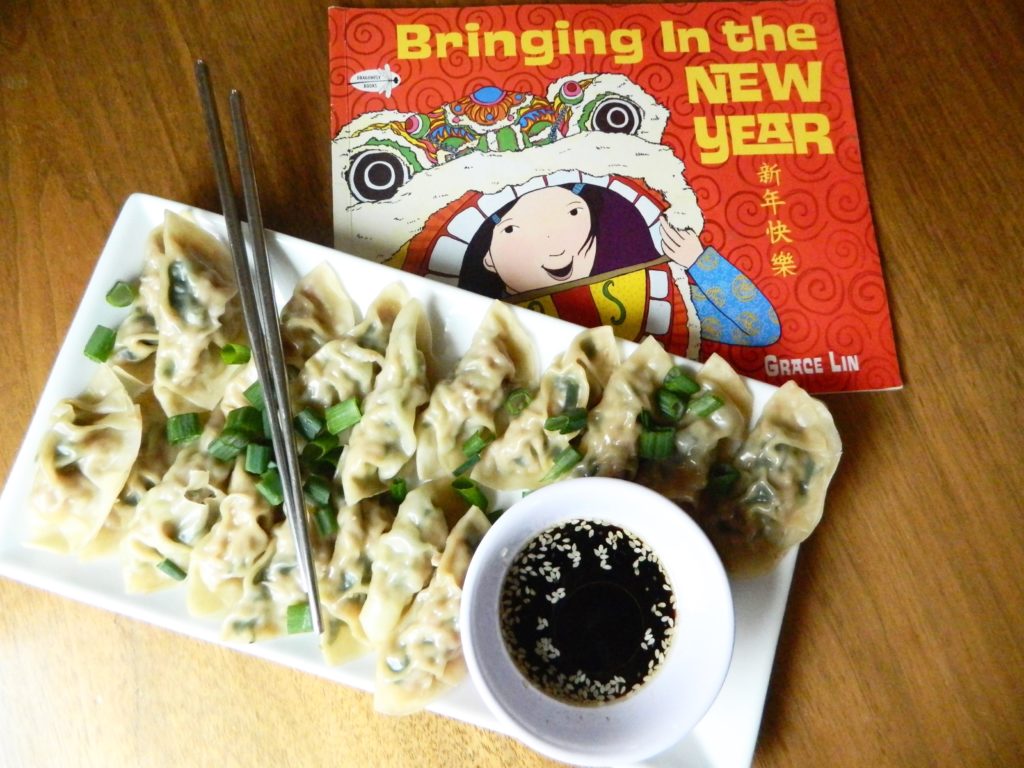 Chinese New Year is kind of a big deal in our family. My husband is Chinese-American; his father moved to the United States from Hong Kong as a young man. While my husband did not necessarily grow up celebrating Chinese New Year in a big way, it became an important tradition for us after our oldest child was born. Celebrating the New Year was a time to connect with her Chinese heritage and spend time with her Grandfather. We would go together to the local Chinese New Year festival to watch the lion dancers and eat lots of delicious food, or go to my father-in-law’s house where he would make his family’s secret recipe for Sweet Bao (buns with sweet creamy filling that are completely addictive!) After my father-in-law passed away a few years ago, we continued the tradition of celebrating Chinese New Year as a way to remember him and talk to our kids about his story and their ancestry. Although our celebrations now look different, we enjoy the chance to invite friends and family over for a feast and to reconnect as we begin each new year.

In teaching our kids about Chinese culture and traditions, we have often turned to the books of Grace Lin. We love almost any book by Grace Lin, but Bringing in the New Year is one that we have read to our kids for years, and is a wonderful introduction to Chinese New Year for children of any age. Lin’s bold, colorful illustrations are accompanied by short descriptions of the New Year traditions celebrated by a Chinese-American family. Each page showcases a different tradition as the family joyfully prepares for the New Year and celebrates together. The same family is featured in many of Grace Lin’s books, and I always appreciate how she captures the kindness and care of a loving family as she shows them interacting with each other.

Of course, my favorite page in Bringing in the New Year is one that features food – in this case, Get-Rich Dumplings. Like many foods eaten during Chinese New Year, dumplings have important symbolism. Given their resemblance to purses or coins, dumplings represent wealth and prosperity. Since dumplings are quite time-consuming to make by hand, many Chinese families get together to make dumplings before the New Year and I love this aspect of cooking together even more than the traditional symbolism.  Dumplings are a food that kids can easily help prepare, from mixing the filling to crimping the dumpling wrappers, this is a recipe that was meant to be made together! For most of the year, we just buy the big bags of frozen dumplings at Costco, but I love taking the time to make these homemade ones with my kids for this special occasion. The recipe below uses store-bought wrappers to make the process easier and I’ve chosen to steam them instead of frying. If you prefer a crunchy pot-sticker texture, just pop the dumplings in a pan with a tablespoon of hot oil after steaming and fry them until crispy. I use black vinegar (also known as Chinkiang Vinegar) in these dumplings and in the dipping sauce and, while I know it may be an unfamiliar ingredient to many people, it adds a wonderfully tangy flavor. Chinkiang Vinegar is easily found at Asian markets or on Amazon. Rice vinegar can be substituted if needed. 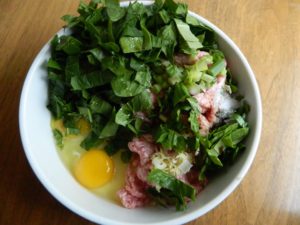 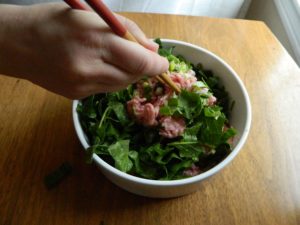 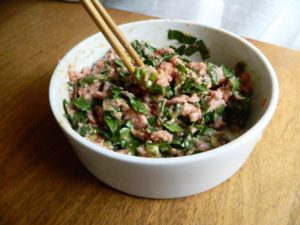 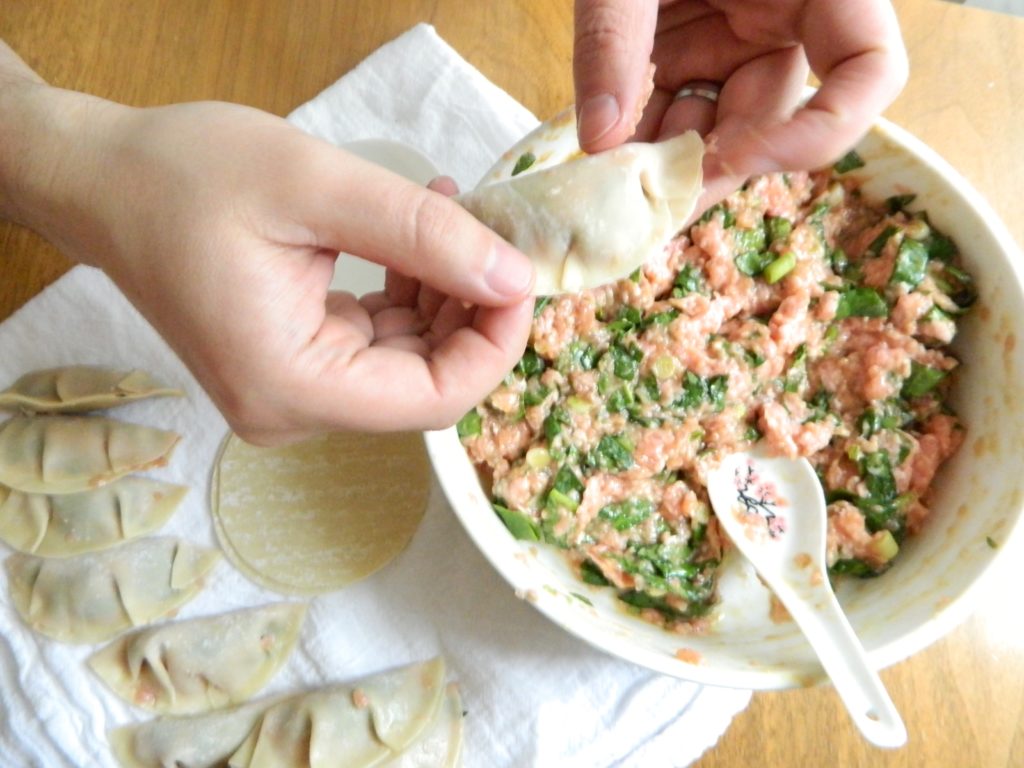 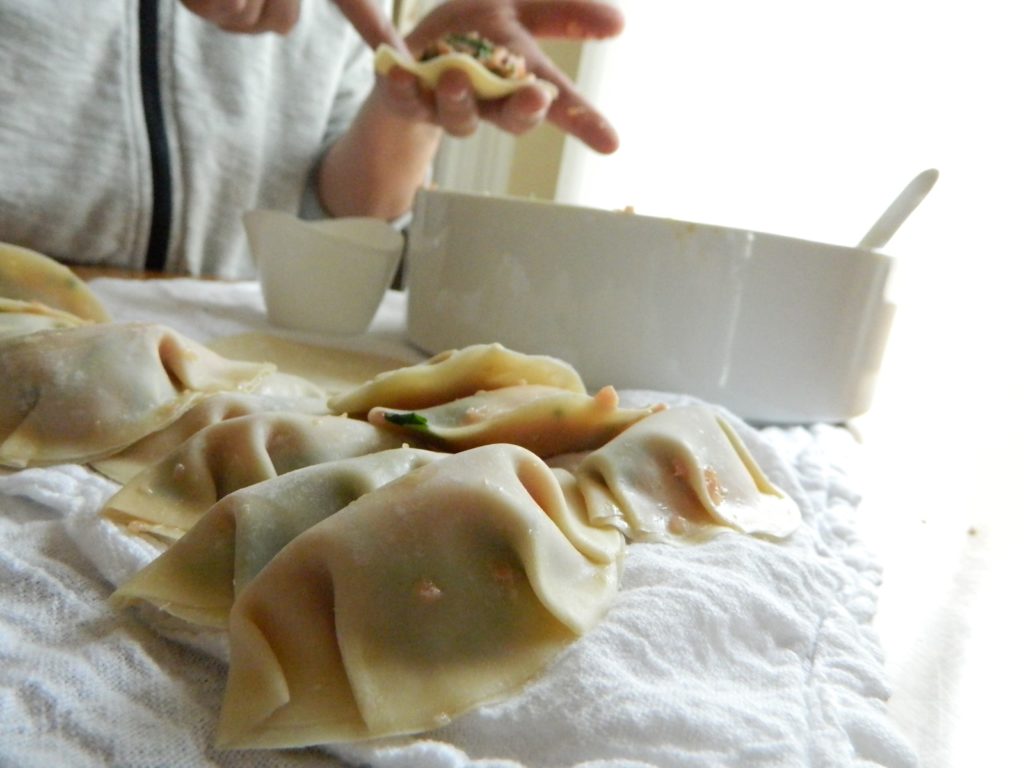 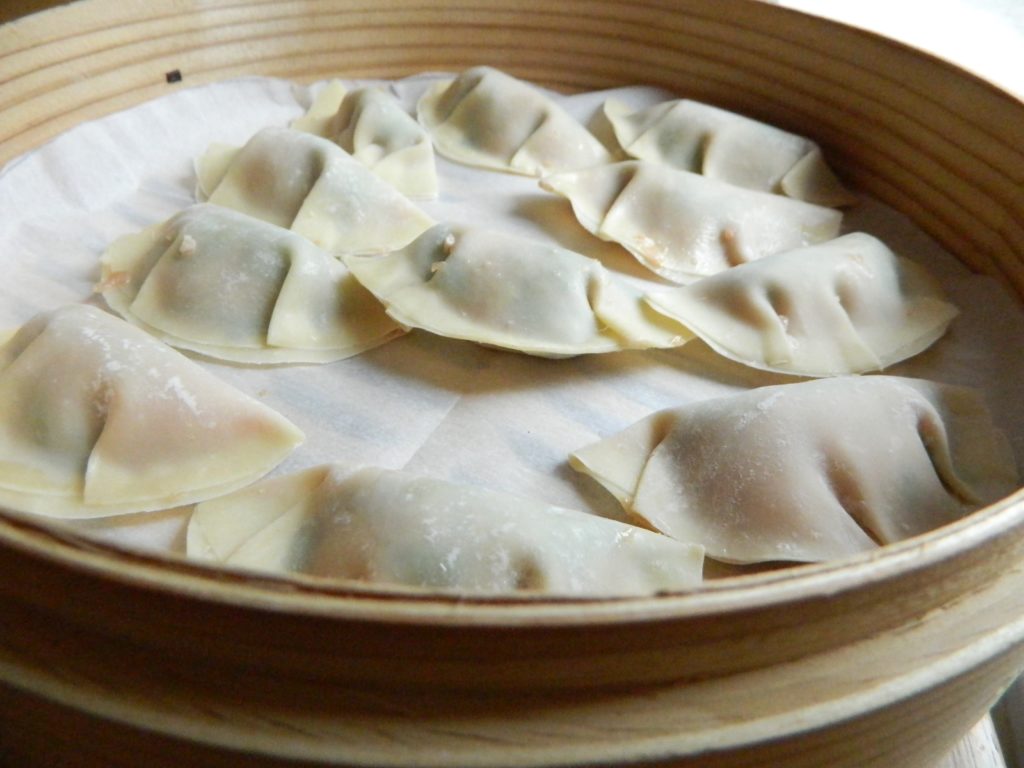 1 cup chopped greens such as bok choy leaves or spinach

For the dipping sauce: