Now that summer is in full swing, we are definitely eating more than our fair share of frozen treats! While we love popsicles, during the hottest days of July, there is just nothing that cuts the heat better than a sweet, creamy bowl of ice cream. After buying an ice cream maker a few summers ago, I found myself concocting ever more exotic flavors of ice cream. From Blackberry Maple to Coconut Chocolate, I discovered several new flavors that have become family favorites. However, even as I’ve tried out many kinds of ice cream, we still enjoy a simple bowl of vanilla ice cream. Ice cream sundaes almost require the blank canvas of vanilla ice cream before being topped with sprinkles, cherries or hot fudge sauce (or all three!).

In the book Gorilla Loves Vanilla by Chae Strathie, the patrons of Sam’s Sundaes ice cream shop demand new, strange flavors of ice cream. While mouse prefers blue cheese flavored ice cream, cow wants a flavor infused with grass. But when gorilla asks for a sundae made from vanilla ice cream, everyone realizes that sometimes the simplest flavors are the best. This book celebrates simple pleasures while also demonstrating the fun in sharing our favorite things with others. This is one of those rare children’s books that both adults and children find humorous and the vibrant illustrations add to the feeling of fun and whimsy. 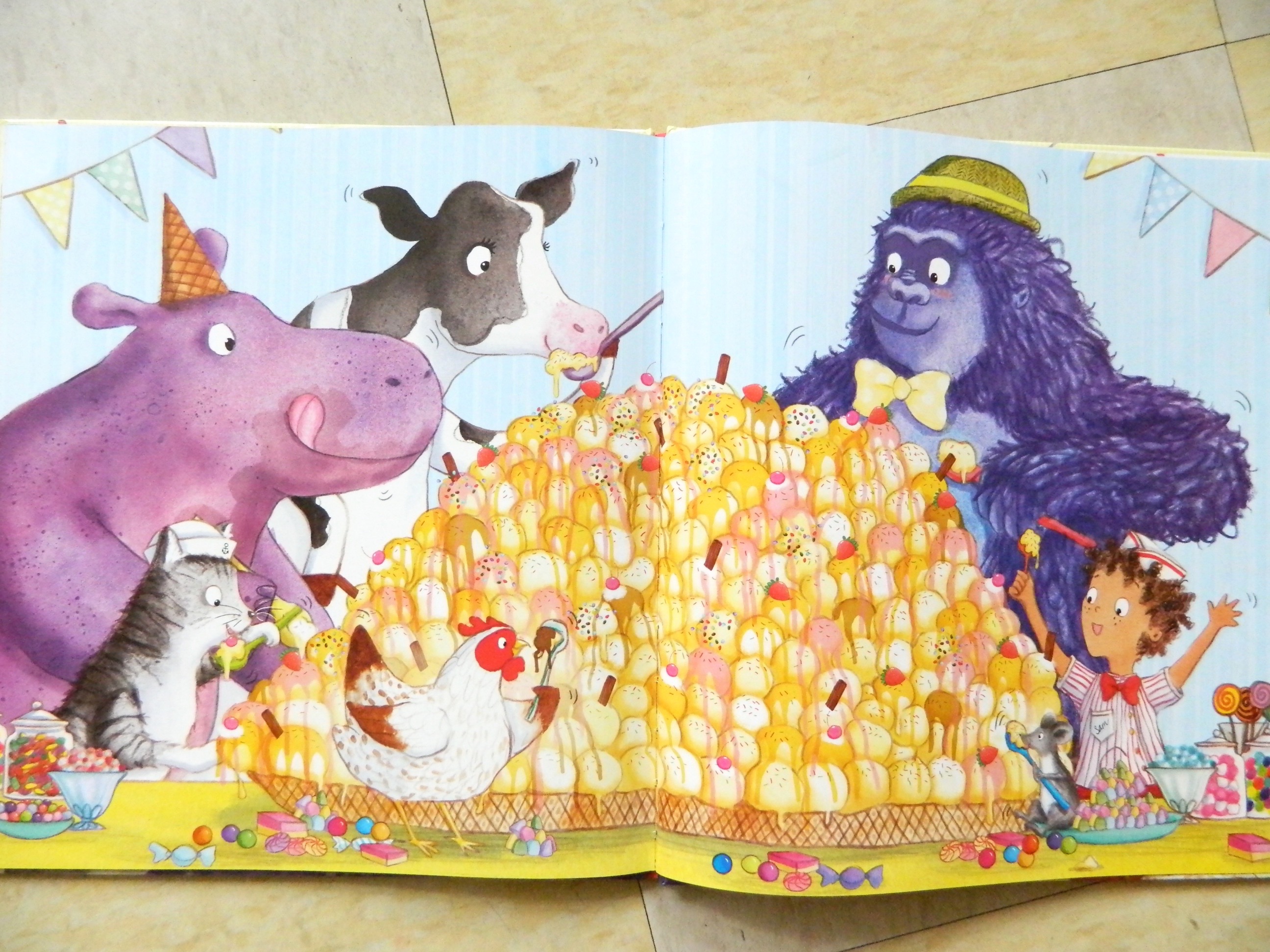 What better way to follow up this delightful read than with a bowl of homemade Frozen Vanilla Custard topped with the easiest ever recipe for Hot Fudge Sauce? While making ice cream at home does take some time, it is a pretty simple process that is very fun for kids. I remember watching my dad make ice cream every summer and the excitement in seeing the milky mixture slowly thicken into ice cream. It is possible to make a decent vanilla ice cream without adding egg yolks and cooking it on the stove, but I think the addition of yolks make it so much more rich and satisfying. Flavoring the ice cream with a vanilla bean, rather than vanilla extract, also adds extra richness that can’t be beat. There’s nothing quite like a good bowl of homemade frozen custard and if  you haven’t tried it before, maybe this is your summer!

The Man Who Cooked For Himself: Crispy Pan-Fried Tilapia with Greens and Lemon Vinaigrette