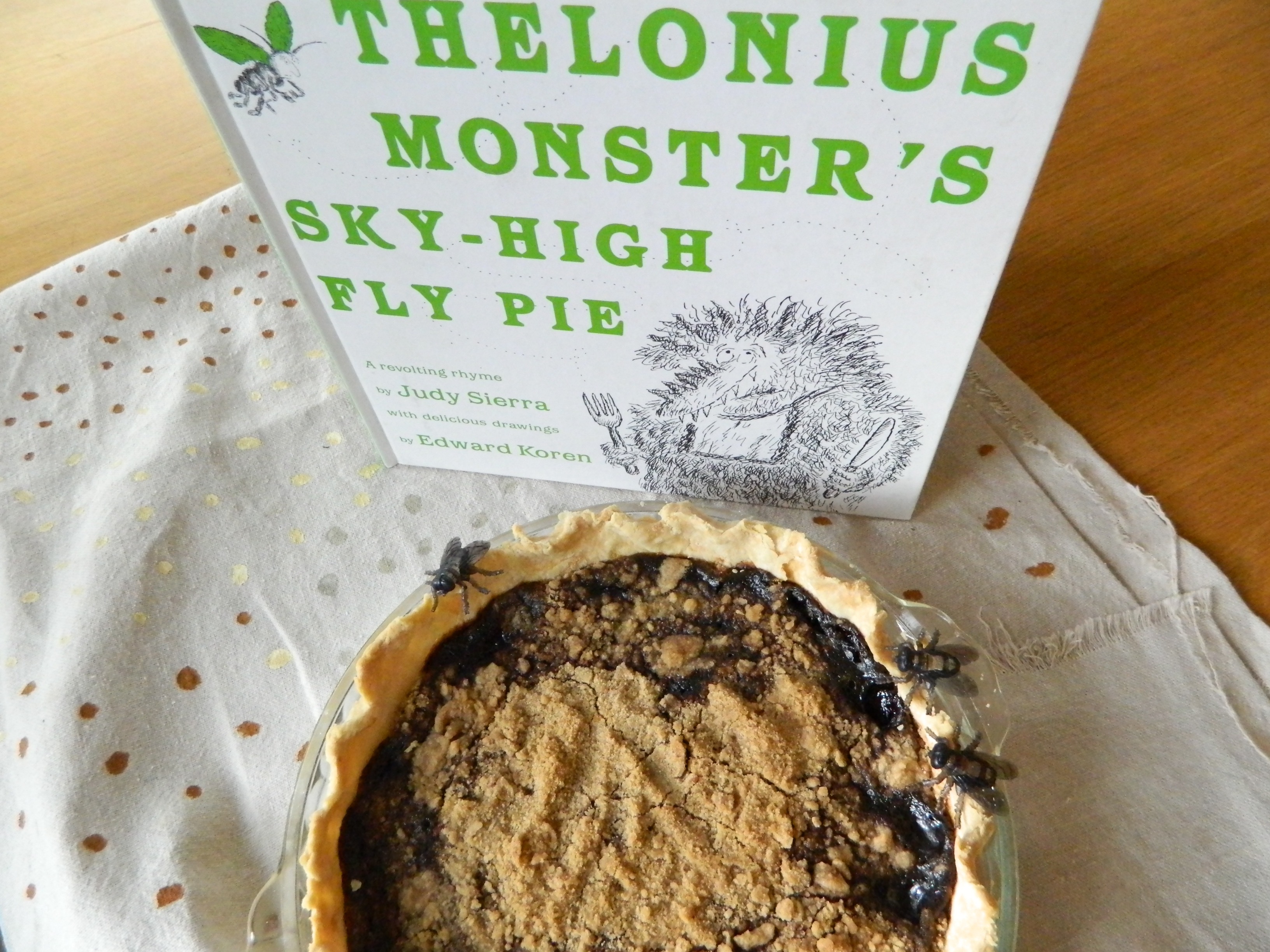 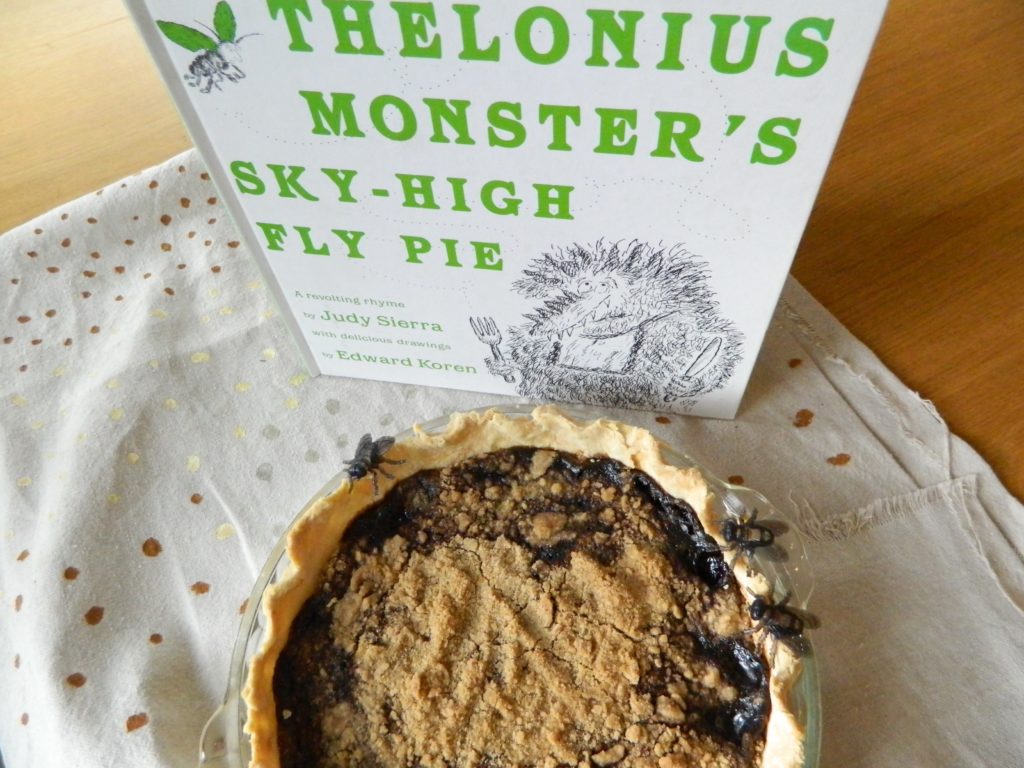 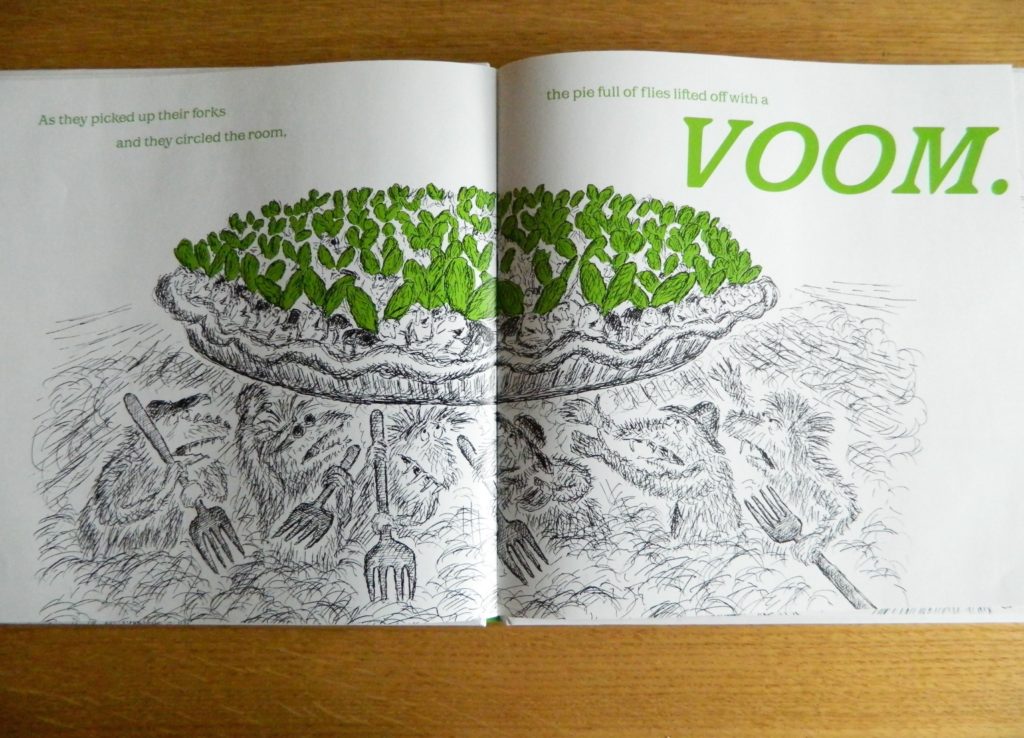 If you happen to be scared of creepy-crawlies, or easily grossed out, then this book may not be for you. On the other hand, if you have a child who gets excited about all things gross and gruesome, then they will love Thelonius Monster’s Sky-High Fly Pie by Judy Sierra. Since flies are so delicious, Thelonius Monster reasons, they must taste even better in a pie, and he embarks on a mission to make the best fly pie any monster has ever tasted. But after inviting all his “disgusting-est friends and relations” to taste his creation, things start to go wrong for Thelonius when his carefully collected flies escape. Can a fly pie taste just as good without the flies? You’ll have to read the book to find out!

The lilting rhyme of this story makes it sound almost like a nursery rhyme and it is chock-full of fantastic vocabulary words for young readers, such as “sensational” and “ravenous”. I completely identify with Thelonius when his best-laid plans don’t turn out quite as he imagined, and I think most kids will also be able to think of a time that they felt discouraged. It’s a great book for talking about failure and how to turn that around into a learning experience. I also like that Thelonius’s friends and family are a good model for how to treat others who are experiencing disappointment.

As for a recipe, I think Shoo-fly pie is the obvious choice to make with this book and contains some of the same ingredients Thelonius uses in his pie – minus the glue and flies! Traditional Shoo-fly pies that I’ve tasted, and seen recipes for, usually have a filling that is heavy on the molasses. While I like the rich, dark taste of molasses, I thought it might be a little much for kids, so I’ve made a Shoo-fly pie that is lighter and sweeter than is traditional. I replaced a lot of the molasses with brown sugar and dark corn syrup for a sweeter filling, but feel free to sub back in some of that molasses for a more traditional Shoo-fly pie. 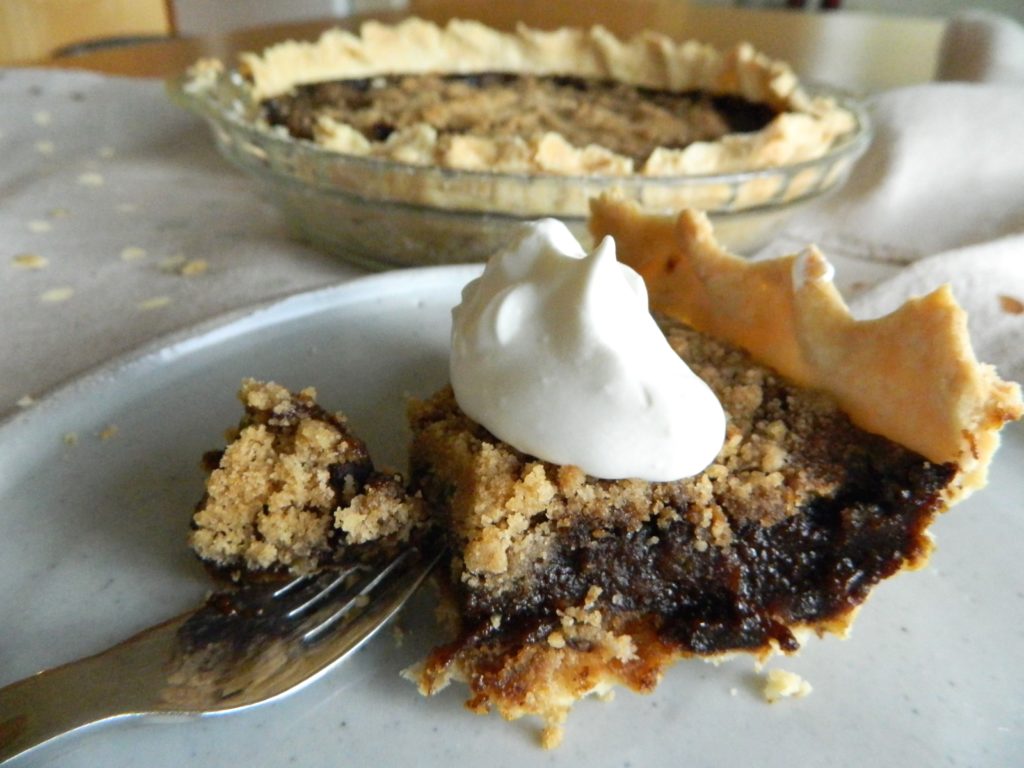